The Liminal Odyssey: The Alchemical Power of The Spaces In-Between 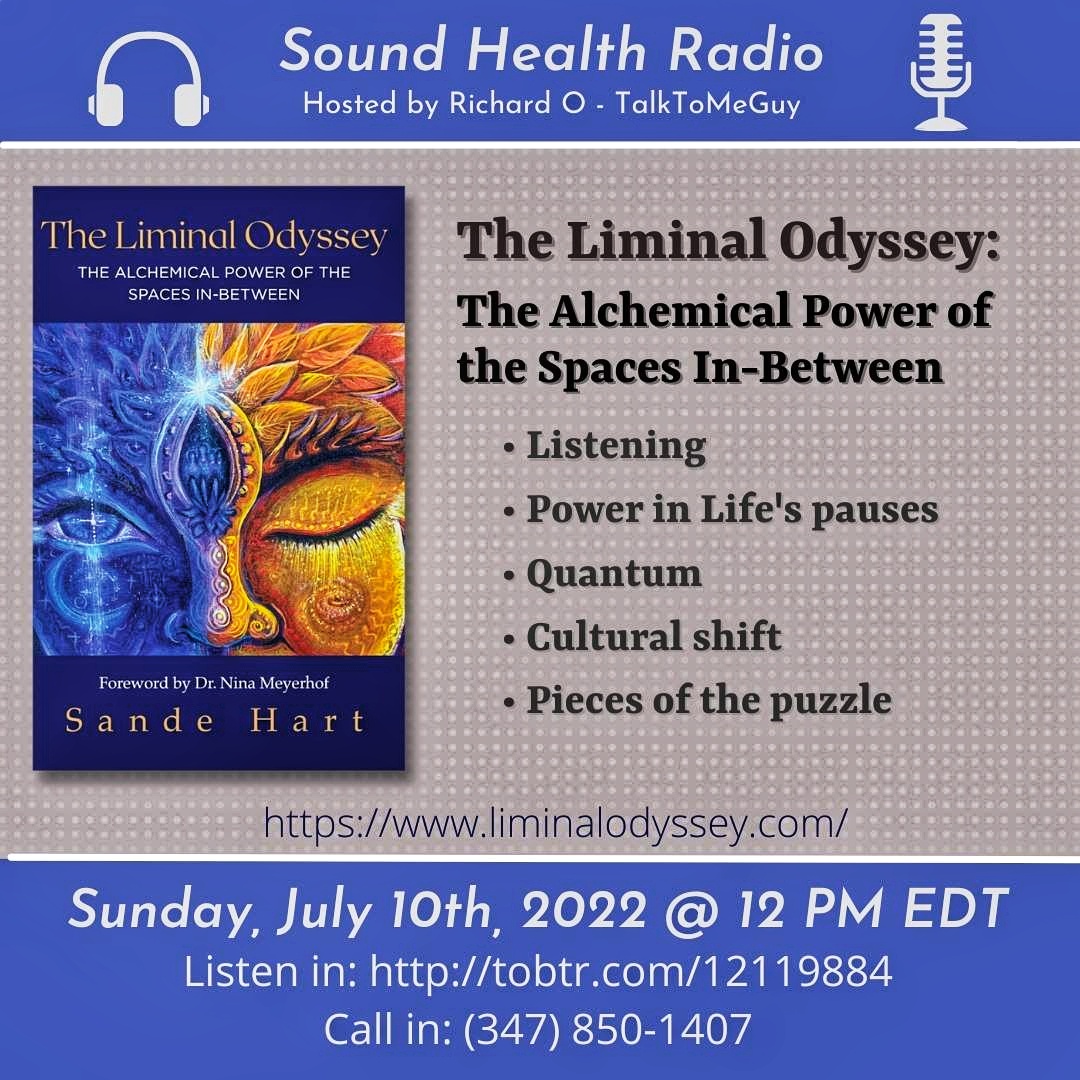 Sande Hart talks about her book, The Liminal Odyssey - The Alchemical Power of the Spaces In-Between

Imagine being invited on a grand life adventure that transforms the mundane to the extraordinary and the lulls to a playground brimming with profound insight. This is what materializes when you visit the spaces in-between, where you’ll discover wisdom filtering through the interstices of your life’s stories.

In The Liminal Odyssey, Sande Hart invites readers to step into, not over, the thresholds of their daily lives to explore the transformative power of the space between crisis and action.

Sande Hart is an award-winning leader in the fields of women's empowerment and interfaith community building. She founded the women's interfaith international grassroots organization S.A.R.A.H. (The Spiritual And Religious Alliance for Hope) the morning of 911, an instinct to gather women of diverse faiths to protect all that they consider sacred, now in its 20th year. She founded and served as director of Charter for Compassion's Women and Girls sector, served as chair for the United Religions Initiative for North America and serves on the Women's Task Force for The Parliament of World's Religions.

She is also the founder of Compassionate California. Sande is currently being inducted into the Women!s Oral History Library of Claremont Colleges.