The Biology Of Love; The Science of Creating Emotion 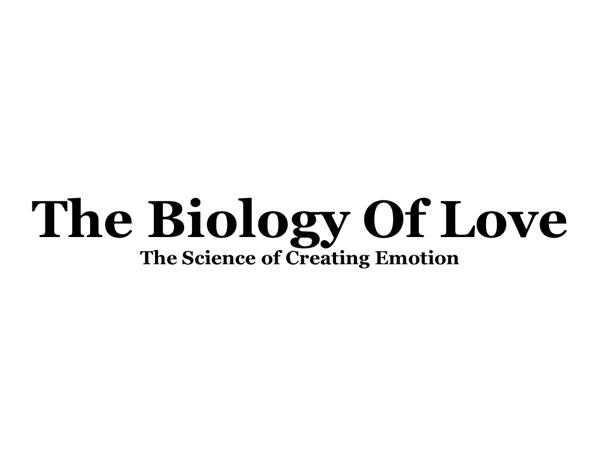 The Science of Creating Emotion

Groundbreaking scientific studies find that genes can be turned on and off by environmental signals—including thoughts, feelings and emotions—from outside the cell. Cellular biologist Dr. Bruce Lipton, a former medical school professor and research scientist, was one of the first scientists to posit such extra-cellular control. Dr. Lipton conducted a series of experiments that reveal that the cell membrane, the outer layer of a cell, is the organic equivalent of a computer chip, and the cell’s equivalent of a brain. Although this view conflicts with the widely held scientific dogma that genes control behavior, papers by other researchers have validated his iconoclastic thinking. Dr. Lipton has also been a pioneer in applying the principles of quantum physics to the field of cellular biology. Traditional cell biology focuses on physical molecules that control biology. Dr. Lipton on the other hand focuses on the mechanisms through which energy in the form of our beliefs can affect our biology, including our genetic code. Dr. Lipton believes that this emerging model of cell biology will have as great an effect on our scientific paradigm as the emergence of quantum theory had on physics. The fact that energy impacts cells as profoundly as physical molecules provides a scientific explanation for the efficacy of conventional medicine, alternative therapies, and spiritual healing. The traditional antagonism between science and spirit and between alternative and conventional medicines is obsolete. Dr. Lipton joins us today to talk about: 'The Honeymoon Effect: The Science of Creating Heaven on Earth Bruce Lipton Sound Health Options