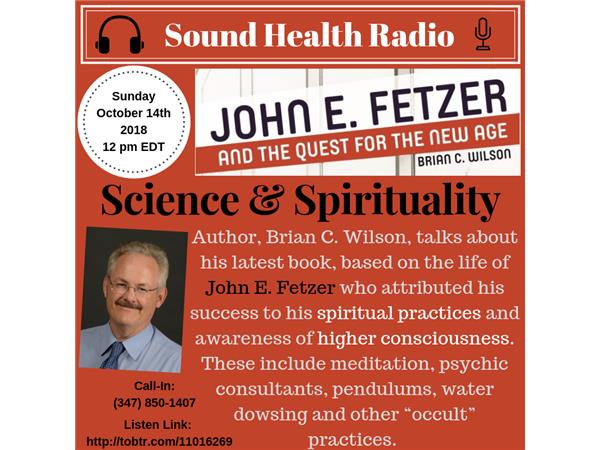 Brian C. Wilson, author of the new book, John E. Fetzer and the Quest for the New Age, is a professor of American religious history in the Department of Compar

Season 6
Brian C. Wilson, author of the new book, John E. Fetzer and the Quest for the New Age, is a professor of American religious history in the Department of Comparative Religion at Western Michigan University (WMU). He holds a Ph.D. in Religious Studies at the University of California, Santa Barbara. After writing an award-winning book on cereal inventor and the leading Seventh-day Adventist of his time, Dr. John Harvey Kellogg,the Fetzer Institute invited Wilson to write a full-length spiritual biography of its founder, John E. Fetzer. The Kalamazoo-based Fetzer was a radio pioneer, media mogul, and long-time owner of the Detroit Tigers baseball team. But what most people didn’t know was that John E. Fetzer was quietly behind-the-scenes a significant figure in the consciousness movement and a spiritual seeker of the first order. For more than 60 years, he sought ways to open the doors of higher consciousness, spiritual empowerment, paranormal insights and energy medicine to humanity through spiritual study, science and the influence of the wealth at his disposal. In John E. Fetzer and the Quest for the New Age, Wilson not only explores the evolution of Fetzer’s beliefs, but how he put them into action by permanently endowing three funds that will foster research into the scientific/spiritual interface for years to come, and help cultivate a more peaceful, loving and inclusive world founded on the principle that we are all connected through one infinite force. The Fetzer Memorial Trust ~ Fetzertrust.org Learn about the interconnection between Science, Spirituality and John’s Fetzer’s journey ~ InfinitePotential.com