John David Mann - The Guide to Mastering Your Fears 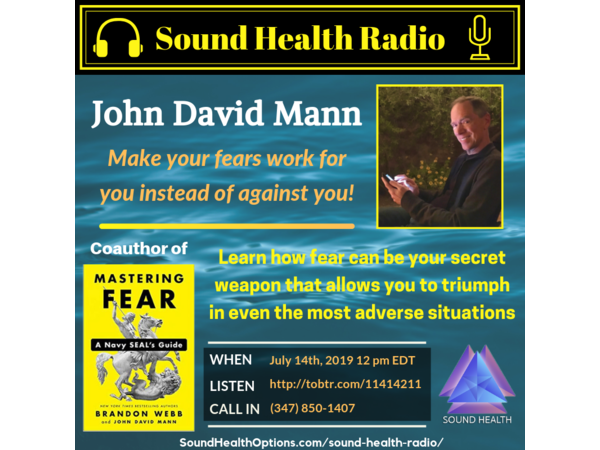 John David Mann, coauthor of "Mastering Fear: A Navy SEAL's Guide," discusses how this five-step guide can transform your life by making your fears work for you

Season 6
From New York Times bestselling author and former Navy SEAL Brandon Webb, alongside his bestselling coauthor John David Mann, comes a simple yet powerful five-step guide to transforming your life by making your fears work for you instead of against you. Brandon Webb has run life-threatening missions in the world's worst trouble spots, whether that meant jumping out of airplanes, taking down hostile ships on the open sea, or rolling prisoners in the dead of night in the mountains of Afghanistan. As a Navy SEAL, he learned how to manage the natural impulse to panic in the face of terrifying situations. As media CEO and national television commentator, he has learned how to apply those same skills in civilian life.  Drawing on his experiences in combat and business, along with colorful anecdotes from his vast network of super-achiever friends from astronauts to billionaires, Webb shows how people from all walks of life can stretch and transcend their boundaries and learn to use their fears as fuel to achieve more than they ever thought possible. "Fear can be a set of manacles, holding you prisoner," writes Webb."Or it can be a slingshot, catapulting you on to greatness." The key, says Webb, is not to fight fear or try to beat it back, but to embrace and harness it. In the process, rather than being your adversary, your fear becomes a secret weapon that allows you to triumph in even the most adverse situations. In Mastering Fear, Webb and his bestselling coauthor John David Mann break this transformation down into five practical steps, creating a must-read manual for anyone looking for greater courage and mastery in their lives.