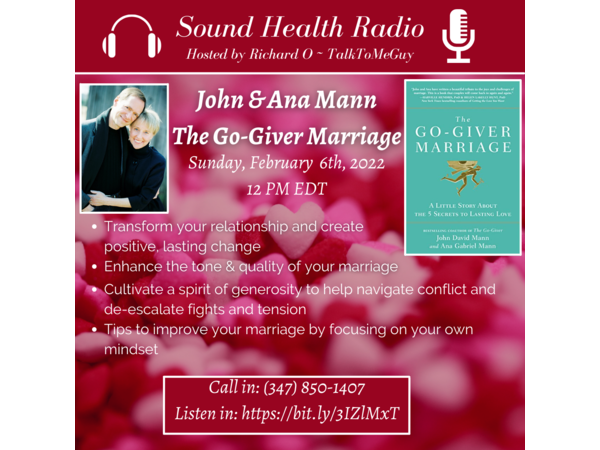 John Mann is co-author of more than 30 book, including 4 New York Times bestsellers and his wife, Ana Mann, earned her degree in clinical psychology and togethe

Readers of the Go-Giver series have been clamoring for a book on how to apply the philosophy of The Go-Giver to their relationships. From the story’s coauthor and wife, this sequel shows readers how to unlock a deeply satisfying relationship based on everyday acts of generosity. In this new narrative, a position has opened up at the top of the multinational giant Rachel’s Famous Coffee, and Tom desperately wants the job. To gain the position, he must first go through a series of interviews with the company’s top executives. Tom’s wife, Tess, is facing her own challenges. The couple first met on the job, where Tess was a rising star—until her career was put on hold by the birth of a son with special needs. The trauma and heartbreak of the past six years has put stress on their marriage. Now, Tess has learned that her best friend Amy is getting a divorce. Could she and Tom be drifting in the same direction? But Tom and Tess are about to have a transformational day. Over the next few hours, they will each learn from many characters about five powerful secrets to building a love that lasts.

More info on the The Go-Giver Marriage

For more information on the Sound Health Portal