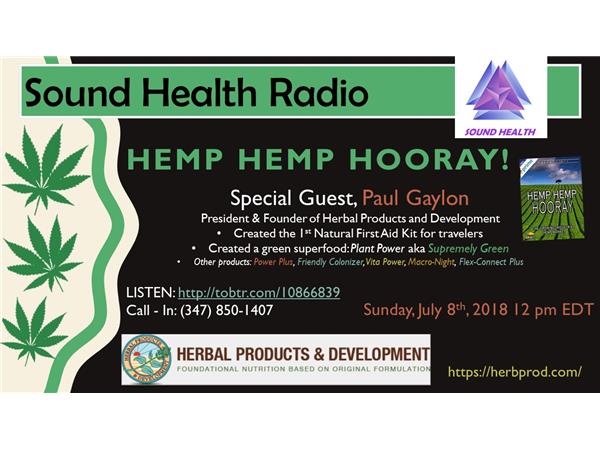 Season 6
In the spring of 1998 Paul Gaylon directed the Santa Cruz Industrial Hemp Expo, the largest event of its kind in the country (6,500 attending). It was very successful, bringing together businesses and individuals on the cutting edge of the expanding hemp market. Out of that event emerged a one-hour documentary video on the expo and the enormous potential of industrial hemp. Paul is contributing partner and co-director with the fine videographer L.B. Johnson on the video, titled Hemp Hemp Hooray! The Growing Industrial Hemp Market. Its premiere showing took place in September 1999, at the Vets Hall in Santa Cruz. The DVD is found in many libraries and video stores, and is now on YouTube. Paul has also been a consultant for C.A.I.R. (Coalition for Agricultural & Industrial Renewal), helping it to organize an industrial hemp reception in Santa Cruz in 2001 as a fundraising benefit (which featured about 15 hemp food dishes) for a California assembly bill to renew the legal status of industrial hemp for commercial purposes. The intent of all of these efforts has been to bring greater attention to the future of hemp and its connection to ecological sustainability, natural health, and global change. Paul Gaylon for more information Hemp Hemp Hooray,The Growing Industrial Hemp Market [documentary] LINK:  https://youtu.be/d9qLpNDv7rk