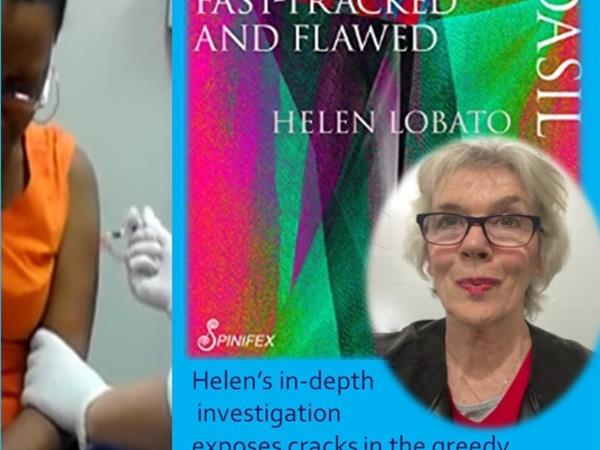 In Gardasil: Fast-Tracked and Flawed Helen Lobato argues that we do not know whether HPV vaccines will decrease the incidence of cervical cancer. What is emerg

Season 1
In Gardasil: Fast-Tracked and Flawed Helen Lobato argues that we do not know whether HPV vaccines will decrease the incidence of cervical cancer. What is emerging, however, is evidence of their harmful effects. In 2006, the experimental HPV vaccination program began and there have been at least 315 associated deaths and more than 50,000 adverse events following HPV vaccination. Gardasil was fast-tracked through the FDA, a process usually reserved for life threatening diseases to fill an unmet and urgent medical need. Improved living conditions had already reduced the incidence of cervical cancer significantly in Western countries. So why is the HPV vaccine so heavily promoted in Australia, a country with one of the lowest rates of cervical cancer in the world? Gardasil: Fast-Tracked and Flawed documents the early history of cervical cancer and tracks its progression from a disease of obscurity to one of mainstream prominence. It includes the stories of vaccinated girls and boys who remain ill after receiving a vaccine purported to prevent a disease they were most unlikely to get. It records the voices of dissenters and resisters who call for an inquiry into HPV vaccines approved for use after a relentless propaganda campaign promoting a vaccine against a virus that many had never heard of. This in-depth investigation exposes cracks in the pharmaceutical industry and highlights the problems that arise when government regulators and corporate interests are prioritized ahead of patient safety, independent science and common sense